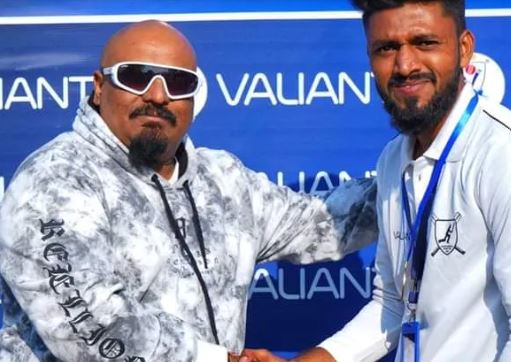 Sachin Shrimali, (born on 26th September 1996) in Ahmedabad dist. Gujarat. He is one of the popular cricketer of Valiant Cricket Team, He also played the most iconic & popular fourth season of Valiant Premier League for Rajpipla Kings.

Valiant Premier League is a 20 overs league. The league was founded by the Valiant Cricket in 2012. Currently One of the most popular leagues in Gujarat specially for rural cricketers. VPL has became an Iconic League in 2012, When Prime Minister Shri Narendra Modi ji gave his best wishes to VPL, at that time he was the Chief Minister of Gujarat. Also adding sugar on the cake the trophy of the first ever VPL was launched by the Chief Minister of Madhya Pradesh Shri Shivraj Singh Chouhan. The first edition of VPL was played in Bhopal, Madhya Pradesh and all the matches were telecasted live on DD Sport.

Rajpipla Kings was the Runner’s up of Valiant Premier League season 4 which was held at Daman, Gujarat in 2018. In-between 2017 to 2022 Sachin Shrimali played many cricket matches for Valiant Cricket Team as well as he was also part of the ValiantCricket Team tour of Nepal in 2018.

During Valiant Cricket Team tour of Nepal, Against Pokhra Cricket Club Sachin Scored 46 runs in just 27 balls. And with the ball he was taken a brilliant hattrick in 2018.