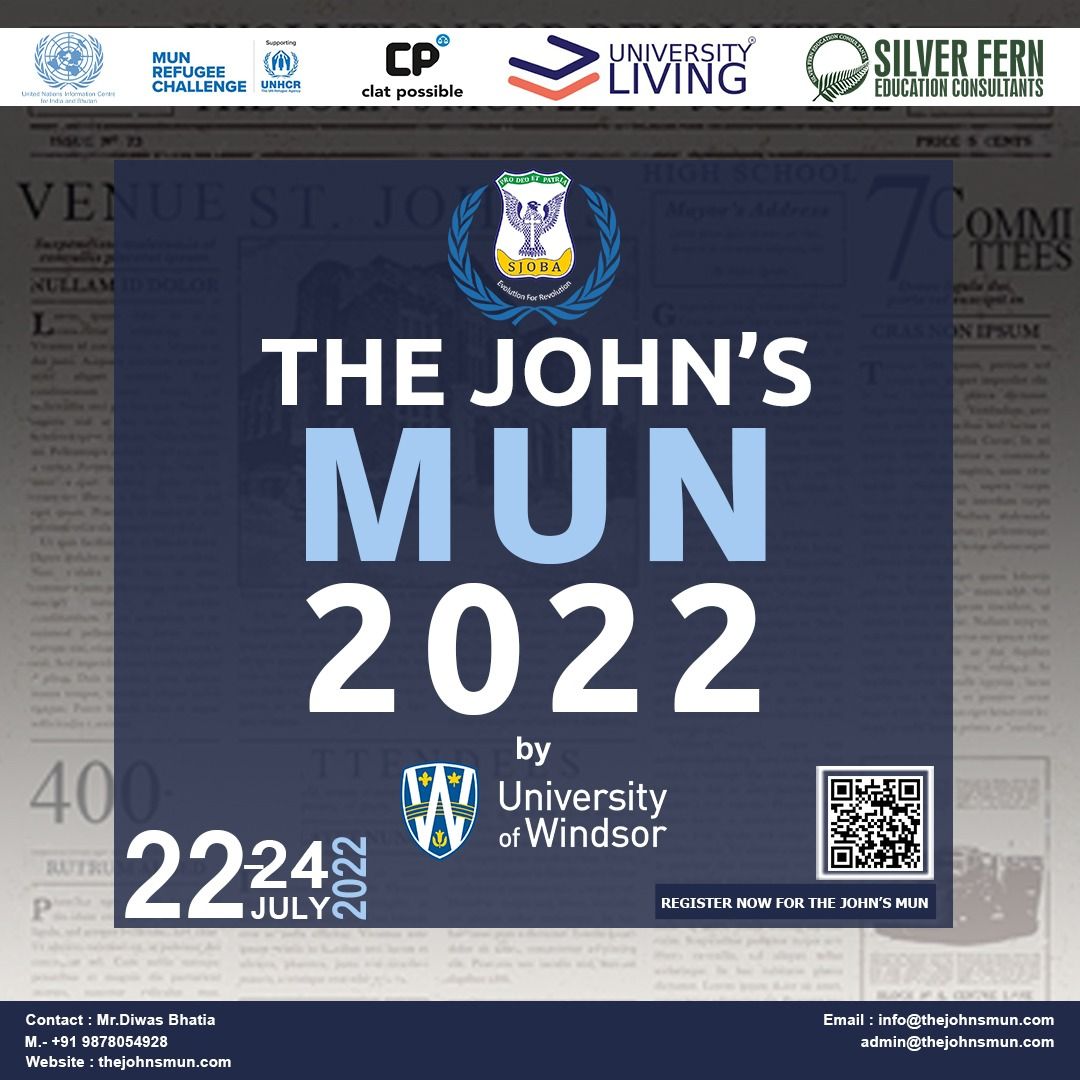 Recently, North India’s first international-level MUN conference which is certified by the prestigious University of Windsor, Canada, The John’s MUN’s second edition was announced by Silver Fern Education Consultants. This will be the first in-person edition that will be held at the school campus of St. John’s High School, Chandigarh. The conference will be held from July 22nd to July 24th and is organised by Silver Fern Education Consultants in association with University Living and CLAT Possible.

With over 380 delegates expected from over 80 schools across the world, the conference is all set to write its golden chapter in history. The conference is aimed at providing a strong and a credible platform for students to put across arguments on their country’s behalf and act as helmsmen for their rights. The idea of the conference is derived from the Model United Nations, also referred to as Model UN or MUN, which is a barometer of the future delegates where students come up with solutions to international conflicts honing their diplomatic skills on similar lines to the United Nations. The John’s MUN 2021 will be a harbinger of a raft of opportunities for the young minds who will be able to emanate their research, oration and debating skills, writing ability in addition to their adroitness in leadership. Participants will have to fill in an extensive registration form asking about their personal details, prior MUN experience, and a prompt to check the competent intellect of the student who is putting forward his preferred committee and portfolio preference.

Talking about the idea behind organising The John’s MUN 2021, Almasto Kapoor, the CEO of Silver Fern Education Consultants and Shivam Garg, the COO of Silver Fern stated, “For us, Education is the fundamental fulcrum of a society and it is something that not only decides the fate of students but country too. This healthy discussion and the exchange of ideas is something that will definitely fuel the human mind and will also bring forth the areas we need to work on. We would also like to add that if you’re a student, this MUN will stretch your rationale on international relations and if you’re a parent, your child will have a modified cognitive lens toward the global dynamics post this event.”

Silver Fern is one of the leading education consultants in India that provides premier international education counselling and support services and is also an authorised representative of over 450+ universities and colleges. Silver Fern and SJOBA after the previous year’s immense success of the event are back with the offline mode of the same that will provide a platform for all attendees to substitute the virtual, distanced atmosphere with realism and solidarity by coming together to cogitate on the dilemmas of this world with the focus on freedom and the UN SDGs.