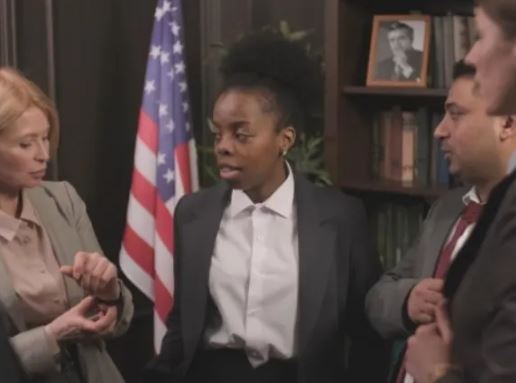 Infancy and Age of Criminal Responsibility

Infancy is a widely recognized legal defense in criminal law, but what is it all about? The principle of infancy states that minors (individuals under the age of 18 years) shouldn’t be prosecuted for crimes because they’re too young to have criminal intent.

The defense is typically used in statutory courts and its application can vary with jurisdiction. Criminal offenders between the ages of 16 and 18 are tried in Juvenile courts and not in courts for adults. If you live in Toronto, and your child or a close person who is below 18 years is facing criminal charges, you can contact criminal lawyers in Toronto for legal counsel.

The Legal Position on Infancy

Criminal offenders between the ages of 7 and 18 were categorized as follows under the earlier version of Criminal Law:

Modern criminal statutes treat different age groups differently although some jurisdictions still use the old version of Criminal Law where rebuttable and irrefutable presumptions vary with the age of the accused person. The jurisdiction of litigation in criminal cases involving young offenders through a process referred to as juvenile waiver. The prerequisites for a juvenile waiver can include:

A juvenile waiver invalidates a court’s jurisdiction and moves the case to an adult criminal court where the offenders will be tried henceforth–the government bearing the burden of proof. However, a transfer should be for the benefit of the offender and the public. There are three juvenile waivers, including:

Presumptive waivers recommend specific criminal charges, such as felonies, arson, and more, to be transferred to criminal courts and the offender must explain why they shouldn’t be tried in a criminal court, which may involve proving their innocence of the alleged crime. The prosecutor must prove that the accused is guilty of an alleged offense by using a probable cause standard.

Mandatory waivers can only be executed when the following conditions are met;

A Practical Example of an Infancy Defense

Kevin (10 years old) is arrested after he’s caught shoplifting chocolate by a local shopkeeper. The local D.A has been having many such cases in the recent past and has decided to make an example of poor Kevin by initiating legal action for theft against Kevin in the criminal court.

How can Criminal Lawyers Help

Lawyers gain experience by handling similar cases repeatedly, proving that practice makes perfect. A criminal lawyer will likely have handled a case like yours and that’s why you might need to hire one. Research shows that the chances of winning a case increase when the accused person has legal representation

The advice of a lawyer can be invaluable because they’ve passed that road before. A free legal consultation can help you weigh the options of working with a lawyer as you get free legal advice.

Besides infancy, other defenses that can be used by young criminal offenders to evade prosecution include intoxication, mistake of law, and mistake of fact.

Ujwal Sharma is an Indian Award-Winning Entrepreneur, Investor and Digital Marketer. He is the Founder and CEO at Uzi World Digital.articles

By Contributor  April 12, 2022 2 Mins readMusic once admitted to the soul becomes, a sort of spirit and never dies. Meet Aashish Jain a passionate singer who is…people

Meet Winstina Taylor: An multi-faceted professional spreading her magic in the entertainment industry.

By Beer Digital  April 12, 2022 1 Mins readHoning many hats on her head, Winstina Taylor excels in the key roles of an actor, producer, entrepreneur, philanthropist, and humanitarian. Hailing…lifestylepeopleworld

Emerging young talented singer, Badal Bhardwaj is illuminating the name of Chhindwara with his talent in the field of music not only in Madhya Pradesh but also in the country and abroad.

Your email address will not be published. Required fields are marked *