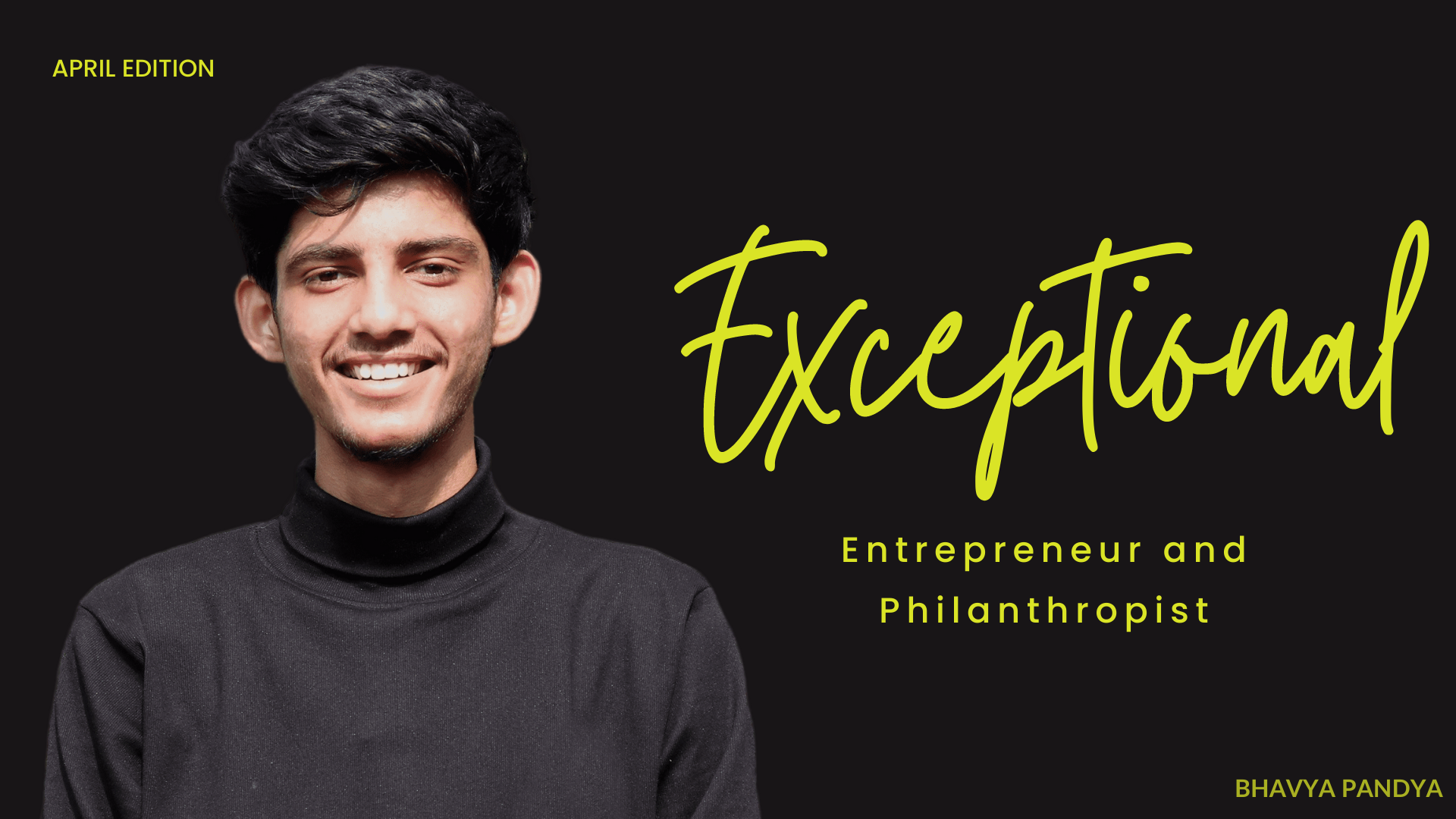 Meet Bhavya Pandya, 18 years old young entrepreneur and a philanthropist from India, having multiple companies in various sectors. Bhavya founded one of the most prominent youth organizations, named the Youth Change organization, on the 1st of March with a vision of changing the youth positively by doing certain motivational and awareness activities. Bhavya has been involved in social activities for the last 11 years, and he started when he was only seven years old. He took his first step into the world of business when he was just 17 by founding his first company named CHAOS India, which stands for Creative Hopeful and Outstanding System. CHAOS is an IT start-up that helps an offline business convert online by building a brand, making an application, or a website. Later on, he, along with his partners Mansi Panchal and Kapil Kashyap, founded a company called WEVOVE which is working on the issue of mental health. Bhavya believes that from WEVOLVE, he will help several people suffering from mental health issues, and the company is still in the building phase. Bhavya is currently working on another company called Immyounity which boosts immunity via a 33 days healthy course that solves the problem of Indigestion and low immunity.

When asked Bhavya how it all started, he replied with a laugh, “I don’t know”. He took the science stream after 10th grade as he wanted to join the NDA(national defence academy). One day while surfing on YouTube, he found a tutorial about making a game, and that is how he made his first game in 2020. After that, he started learning programming languages along with designing and creating strategies to build a successful company. He is a self-taught full-stack developer and brand designer. Bhavya likes to meditate and loves talking with strangers in his free time. Bhavya said that he used to work around 15+ hours a day and became a ghost for one and a half years to become who he is today. There are no secrets to success, and you should leave the field if you are searching for early success.

He said that his organization’s vision is to work on an extreme level for the next ten years so that after ten years, the youth won’t even need the youth change organization. Bhavya claims that they have over one million active users on their platform in just a year. Bhavya and his team are running a youth community called the Bright Bloggers of Youth Change, where they teach, learn, grow, and explore together. His personal goal is to be a Billionaire, which we got to know about from one of his quotes which says, “The First Million is Hard, The Tenth Million will be Harder, but the First Billion will be the easiest one. Go for the Easy one.” In a funny conversation, when asked will he be the next Elon Musk of India, he replied I would be the next Bhavya Pandya from India. He added that the biggest mistake you can ever make in your life is to try and follow someone, you can take inspiration from them, but you can’t imitate them. Bhavya’s biggest inspiration is himself only, and he tries to become the best version of himself every day. When asked Bhavya who is his biggest supporter, he replied that his biggest supporter is his Dad, Sister, and Mom. His Dad taught him how to earn, his sister taught him how to live, and his mom taught him to love himself.

When asked Bhavya what is the one thing he thinks is lacking in today’s youth, he replied that today’s youth has a lot of power, creativity, courage, and passion, but sometimes the right direction is missing. He also added that people are worried about their future because of overthinking. He said that overthinking is a virus, and to cure this virus, it’s better to take one step at a time. At last, he adds that in this world where everyone is finding the best people to work with, he made himself exceptional because there are many best people in different fields, but there are very few exceptionals out there. Be the exceptional one!

You can reacontact Bhavya Pandya at his email id: bhavya@chaosindia.net