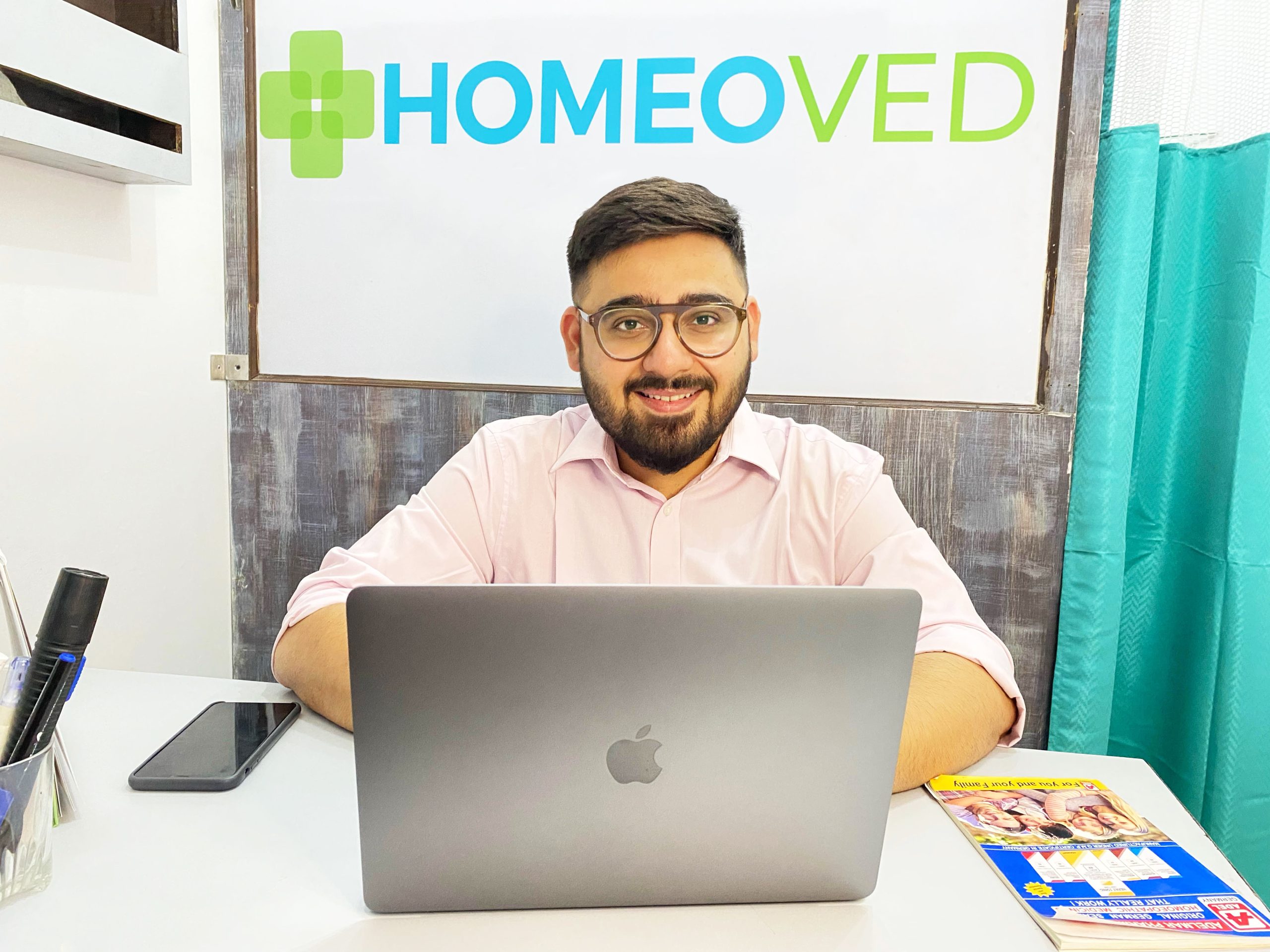 Homeopathy is one of the oldest forms of healing across the world with significant benefits, which are effective, gives lasting relief and are free from side effects. Homeopathy has seen a drastic rise in demand across India over the years. However, finding authentic homeopathy medicines has always been a challenge. To ease this challenge and promote plant based healing forms like Homeopathy & Ayurveda, HOMEOVED was established.

HOMEOVED, a venture by Siddhant Kapoor, came into existence in early 2018 as a retail venture based out of Gurgaon, Haryana, with a motto of “GO NATURAL” by promoting Homeopathy & Ayurveda Remedies that are proven entirely natural and are free from side effects unlike the conventional medicines. The idea was to encourage a healthier living for the people by treating a wide range of chronic & minor ailments. Homeoved was initially a family run business, while Siddhant worked in Dubai at a lucrative remuneration until 2018.

29-year-old Mr Siddhant Kapoor is the Managing Director at HOMEOVED with rich experience working with different digital giants across India and abroad over the last eight years. He had also gained knowledge and interest in the e-commerce industry, working in other domains with the biggest names in the country. The idea behind creating Homeoved was formed in late 2018 after acquiring extensive knowledge in the retail sector with the commencement of the business with a retail model ultimately into homoeopathy, Ayurveda and organic health store based out of Gurugram. Siddhant moved back to India by the end of 2018 to expand the scale of Homeoved across India to promote a healthier alternative of usual drugs that reportedly seem harmful than providing any benefit to our body.

After the success of the retail venture, the expansion began with the idea of Homeoved Clinics in the year 2019 after Partnering with the top homoeopaths in the city of Gurugram. And that is when Homeoved Clinics was launched into a fully equipped modern-day chain of homoeopathy clinics.

Collaborating with the best brands worldwide, Homeoved has curated its stores with the best in class Remedies to alternate with the usual medicines without burning a hole in the customer’s pocket.

In the year 2020, when Covid-19 Pandemic took a toll in the country, Homeoved was not impacted by that. Instead, it expanded it’s venture by going online to create it’s e-commerce HOMEOVED.COM making itself India’s first dedicated e-pharmacy for alternate medicines and everything natural.

Since then, they have been committed to selling only natural products in pharmaceuticals, cosmetics or toiletries. The products available at Homeoved are entirely natural and without any chemicals. Homeoved sell’s very high quality natural Homeopathy and Ayurveda based products from brands across the globe. Homeoved.com see’s daily visitors across India who want to switch to a healthier alternative for their health issues.

Currently, Homeoved has expanded its venture to 2 retail stores based in Gurugram DLF phase 1 & sector 56, respectively. With that, Homeoved Clinics operates two branches within Gurugram.

Post pandemic, Homeopathy had proved it’s efficacy against respiratory illness, and reportedly it was recommended as complementary medicine to strengthen immunity. A lot of people have started to believe in their healthier and organic living by adopting homoeopathy and Ayurveda as a healthier option of healing.

Kapoor said, “Being in this business for over 3 years now, we wanted to expand not just vertically but horizontally. In return to be able to provide more value to our customers and a bigger service area we came up with the idea of Homeoved.com. It is currently the only e-commerce platform in the world servicing specifically into alternative medicines and health foods. We aim to spread the art of natural healing & alternative medicines with side effect free treatment and promote organic lifestyle across the globe.”

You can check out their range of natural products at www.homeoved.com

Also stay updated with their new launches follow them on Instagram.com/homeoved

You can also reach out to them for any queries on info@homeoved.com, or you can visit their clinic at O-10 Qutab Plaza DLF Phase I Gurugram, Haryana, 122001