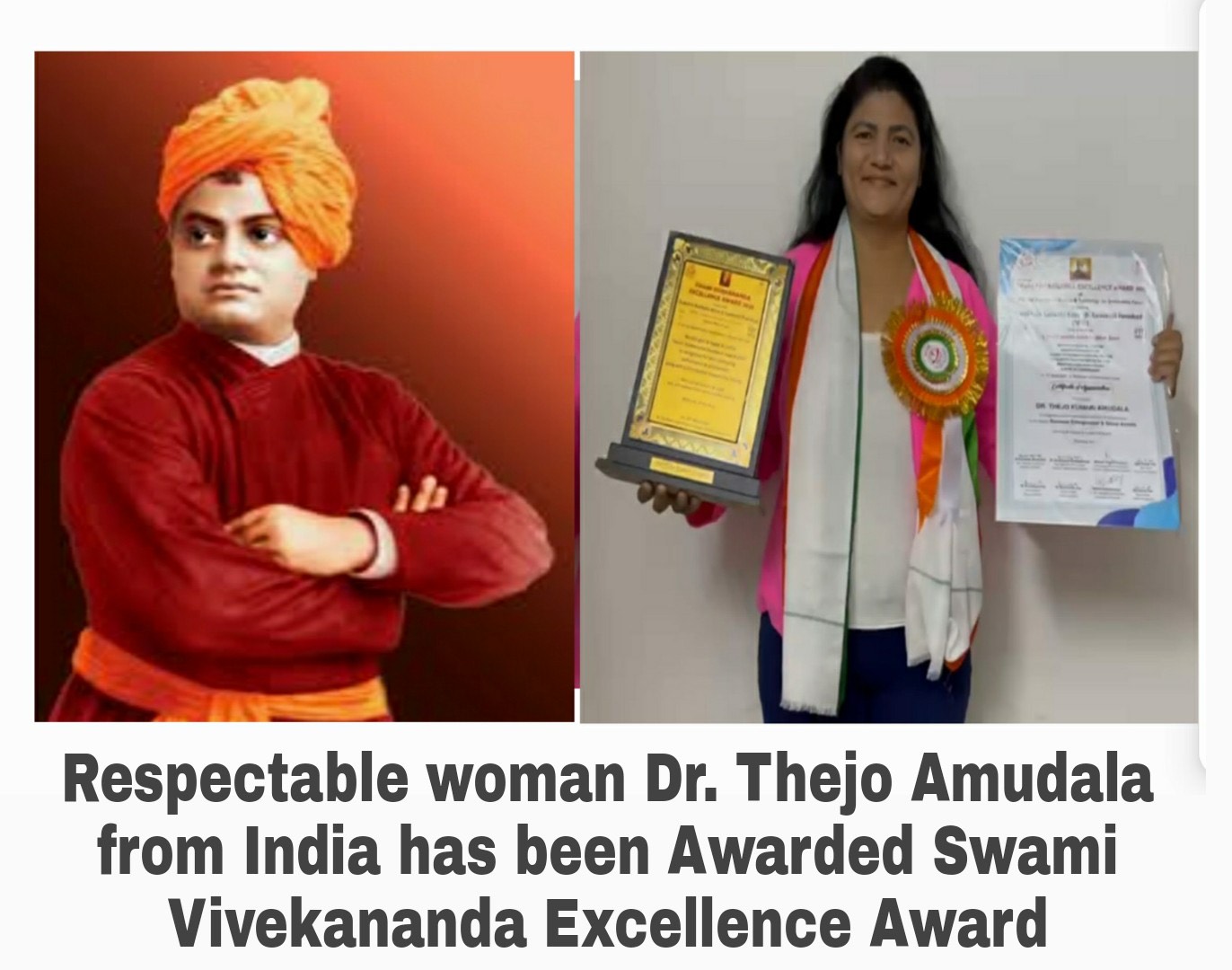 These types of beautiful proverbs are written for such people….there are several bright stars in the sky, but the most brilliant of them all has stood her stand and made the world notice through her work and tenacity. Dr Thejo Kumari Amudala has set benchmarks in every sphere she has set her eyes on with her Midas touch; she has made all the ventures successful and given other people a run for their money. She has been able to capture the mind space that no one would have thought about because of her zeal to excel and accomplish the impossible.

She studied hard and achieved her passion of getting some of the world’s most prestigious institutions to attain her degrees, which she accomplished with flair and merit. Her concern for world peace took her to her next goal in life, wherein she understood that peace was the most vital requirement of any person’s life, and the external strife-like situation can hamper any human’s development. The conspiracies and politics that often come into play have ruined the peaceful development of several countries across the globe. The loss of several lives and destroying the surviving people’s peaceful existence made Dr Thejo think on a different plane and work towards making the world a peaceful place to live.

Dr Thejo was Born in Thirupathi, Raised in Kadapa Andhra Pradesh State, and Settled in Hyderabad Telangana State. She was born in a lower-middle-class family and has been growing step by step. She is a self-made women entrepreneur, Social Activist, Peace Ambassador, Spiritualist, Philanthropist, Ms International Winner 2022, Mrs Asia Universe winner 2022

Causes she is associated with:

Most of the awards are for social causes that have been close to her heart since the beginning. The pandemic actually was a real eye-opener in terms of how much Dr Thejo was able to reach out to people and become the Covid-warrior for providing Covid-awareness in the country for which she has received the Swami Vivekananda Excellence award, which is one of the prestigious national awards. Other sectors of social work that she has left an indelible mark of her own through women empowerment, health, awareness, illiteracy, aids awareness, Global Peace, Human Rights and social service. Dr Thejo has shown her compassionate side by saving animals trapped or ill-treated. She has worked hard to create awareness of how detrimental tobacco consumption is to one’s health.

She is the ray of hope to millions of people who look up to her for inspiration and seek solace because she reaches out to several others who choose to be like her. After receiving the Swami Vivekananda excellence award, she thanked the person who gave this award. She said that people benefit from mediation, yoga, etc., for their happiest lives.