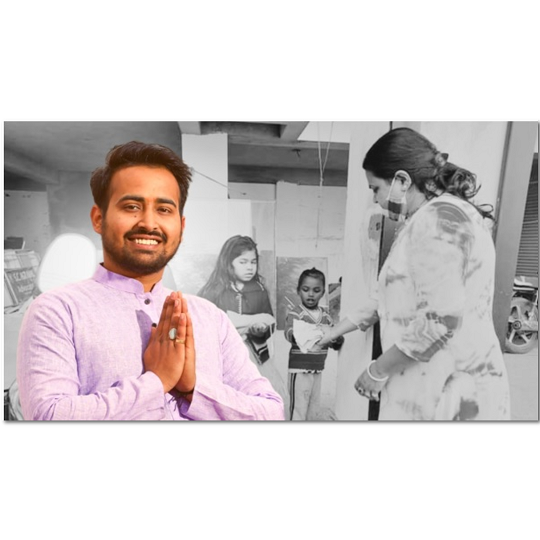 One of India’s well-known astrologer, Astro Arun Pandit, on the auspicious occasion of Ram Navmi, has announced a mega donation drive- ‘ Ram Navami Daan Maha Abhiyan’ to help the underprivileged and people from weaker sections of the society. Through this donation drive, he aims to make India free from inadequacyand for the same, he is asking people to join the drive in mass numbers and make it a successful social campaign. The astrologer is urging people to donate food, cereals, money, and other essential basic needs to help and uplift people who are suffering from poverty, malnutrition, illiteracy and other prevailing social and economical issues.

Further, to make the drive a grand success, Astro Arun Pandit has asked people to share the pictures and videos of them donating any kind of necessary items and has also requested them to tag him on Instagram and other social media platforms. The renowned astrologer has also directed people to create awareness regarding the drive so that more and more people can become a part of this noble charitable cause and contribute to the cause. Astro Arun Pandit is one of the most followed astrologers on Instagram with more than 4 lakh followers.

Talking about the new initiative and this new donation drive, Astro Arun Pandit stated, “India has always been a land of Lord Ram and as we all know that Ram Navmi is approaching, what better way than helping and uplifting our fellow citizens. This is the reason we felt the need to announce this donation drive- ‘Ramnavmi Daan Maha Abhiyan’. Our sole aim is just to uplift my own people and to eradicate poverty and eventually establish a land full of harmony, where no person sleeps hungry, where everyone goes to school and where there is equality in the society. I would also like to take this opportunity to urge people to join this drive in masses and make it a grand success.” This is probably not the first time that the astrologer Arun Pandit ( https://astroarunpandit.com/ ) is initiating such kind of a drive, earlier, on several occasions, he has been very proactive when it comes to contributing towards welfare of the society. Astro Arun Pandit is a relatively well-known name in the world of Astrology, Numerology and Palmistry and has his own website as well through which he has been a boon for numerous people by assisting them in astrological and horoscope guidance. His daily horoscope on Instagram and other social media platforms is guiding lakhs of his followers.