Came across the Book “Aksara Bhagavad Gita”. The blurb therein kindled my curiosity. After reading it, I wondered why I haven’t come across the book earlier? This book isn’t popularized or marketed and remains in obscurity. The noble intent behind writing this book remains unachieved and the Gita lovers’ community is deprived of the path-breaking concepts put forth by the Author.

Ravindra Rao has authored this book in conjunction with his daughter, Vaishnavi Rao. He writes under the pseudonym Haribakth.

All revolutions begin from a single idea of an individual who gives it a shape and puts forth truths from a new perspective. The readers may accept it or reject or attack the proponent as is evident from the history wherein all ideas have been initially opposed, thereafter been accepted, and subsequently hailed as visionary and path-breaking. In this case, the idea hasn’t reached the masses for them to react with acceptance or rejection, because they aren’t aware of the existence of the new concept for them to react. This is because he is not expounding a previously trodden path with the backing of any school of thought be it philosophical or religious. He has chosen to be different from the crowd and alone in his convictions. No high decibel campaign, no Media visibility, no big Brand names. Net result death of revolutionary idea before its birth. I have come across this book accidentally although it is two years old and loved the new concepts espoused, though I don’t give full marks for his presentation.

Srimad Bhagavad Gita has been in existence for 5100+ years. There have been more than 4000 commentaries incorporating the main isms like monism, dualism, qualified monism, simultaneous monism, and dualism, etc., and their variants and combination of their variants. IT has been translated into almost all the world languages. Could there be something else not told by anyone earlier? Or is the same thing told in different words and presented differently like the proverbial old wine in a new bottle? These were my initial inhibitions before reading this book. And I vouch that it is different from all the books in words, form, style, content, or concepts espoused. It is a new perspective. How it is different? How does it impact society?

Scriptures are divine and not incorrect. But there are different scriptures of different religions and even within the same religions and many times contradicting inter-se themselves and others.  All existing  religions are at least 500 years old. They came into existence in answer to the exigencies prevalent at that time, except Sanatana Dharma. While mundane knowledge like science, language, art, etc. evolved and incorporated changes in themselves compatible with observable phenomena and in tune with present-day requirements, scriptures lagged. It was considered taboo and blasphemous to tinker with the original sayings of scriptures. This has resulted in observable absurdities. The soclled  rationalists have moved away from scriptures as it has become irrelevant. But has it become irrelevant? Or is it we who have failed to read it between the lines properly?  The agnostics are in doubt and the faithful are led by blind faith, with dogma ruling the roost. Interreligious conflicts and the one-upmanship syndrome has vitiated humanity at large.

Hermeneutics as a branch of study made a concerted effort at exploring the truth, but their findings were restricted to Bible and acceptable only among their flock. Many phenomena remain unexplained.

This book taps into the wisdom of the Gita codifies the interpretative principles which are either found in the Gita or derived from the Gita itself. They are so generalized that they can be applied to interpret any scripture or philosophy or thought. It teaches independent interpretational thinking which is not necessarily incompatible with the scriptures.

The principles enunciated are dynamic in nature and auto-updates interpretation of scriptures keeping it in tune with the daily life and observable phenomena. It puts forth a perspective that is inclusive, non-obsolete, and a DIY to interpretation instead of taking others’ word for it.

The revolution it seeks to usher is  … A common paradigm to interpret scripture of any religion. A scriptural paradigm to usher in universal brotherhood. A clearing of the misconception of the concept of my God, your God, our God, their God, his God, etc.  An attempt to eliminate the middleman between God and us, thereby removing communication blocks and distortion.

Welcome the revolution. Read the book. Examine it critically. Make society a better place by recommending it to others. Help spread the scriptural utopia by translating it to other languages. Help publish it in other formats.  Don’t let the revolution die. 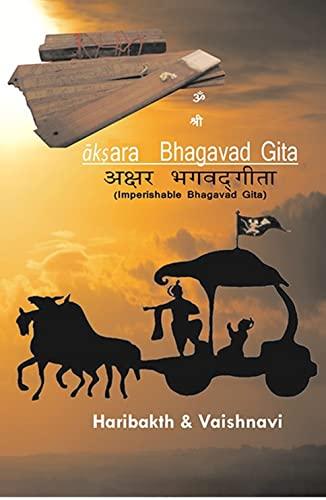 Persons desirous of buying the book may buy by clicking on the Book image. Reviewers/Researchers/translators etc.  seeking free copy may email the author: haribakth@rediffmail.com